Like many toddlers, Lucy has quite the obsession with live animals (and animals in books too, I guess). When spring started to tentatively creep its way back into our climate, she began noticing the birds singing and occasionally hopping bravely around in search of food. Thus began her first animal sound, which was supposed to be “tweet” but most often came out as a “EEEE!!!” in the highest pitch possible. So we decided to capitalize on this interest and bought a bird feeder two weeks ago. It took the birds a few days to find it, but we have seen quite a bit of variety already!

To aid our newfound ornithography endeavors, we downloaded a handy app called Merlin Bird ID. It finds where you live and then you check off a few options to ID the bird you see (what size was it, what was the main color, where did you see it?). It draws up a little list of possible birds with pictures and is surprisingly accurate. Also, it’s free.

Guess who discovered our feeder first? Yep, the squirrels. We bought one that has a cage that shuts over all the openings to seed when something to heavy lands on it. We also hung it in the middle of the pergola over my parents’ deck and so far, the squirrels haven’t cracked the code. They have tried really hard though, and it’s hilarious to watch them get foiled.

This black squirrel is the most persistent (unwanted) visitor

Location of the feeder (and two pretty goldfinches visiting)

This Sunday is Divine Mercy Sunday and the canonization day of Bl. John Paul II, in case you’ve been living under a rock. A lesser known fact, is that Bl. John XXIII is also being sainted. Let’s face it, it’s hard not to get eclipsed by such a rock star as JPII.

Can we say dapper??

I SO wish I could be in Rome for this… but I will live vicariously through Jenny and her super, super lucky fam who are all there this weekend!!

We’re on an earnest hunt for a place to live. Also, for a real estate agent. ALSO, for a second car so I can schlepp around Miss Social Butterfly during the day, get to appointments, etc. St. Joseph is getting bombarded by our prayer requests, I fear. 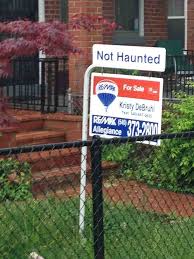 All we’re asking for…

Excuse the frivolity, but I have noticed in recent pictures that my hair is getting LONNNNG.

I usually don’t do much with it at all because I wrote it off as “bad” sometime in middle school. Now I’m thinking of cutting it before the baby is born… thoughts? Haircut ideas for thin, flat hair? My only requirement is that it require very little upkeep (and by upkeep, I mean blowdrying it more than once a week. Welcome to life of a mom). Please and thank  you.

And now for some fun: I don’t care if you hated Frozen and are sick of hearing “Let It Go”… this is hilarious, especially if you like old school Disney and Pixar. I mean, the Pooh Bear bit– ahh! He is incredible.

Linking up with Jen for Seven Quick Takes.

3 thoughts on “Put A Bird On It (and other things)”